“A dialogue amongst only politicians does not really make sense”. These were part of the welcoming words of Dr Renier Koegelenberg, Director of the EFSA Institute, at the annual conference of the Dialogue Programme of the Western Cape and Bavaria Partnership. The conference took place from 28 February 2014 to 02 March 2014 at the Arabella Hotel & Spa in Kleinmond, near Cape Town. This 15 year old partnership with the Tutzing Academy started with a formal agreement between the Bavarian government and the Western Cape government. The dialogue programme was initiated when both parties realised that a dialogue amongst only politicians does not really make much sense and that they would inevitably needed to include church leaders and academics to the discussions. The theme for this year’s conference is Economic Development, Inequality and Social Stability. 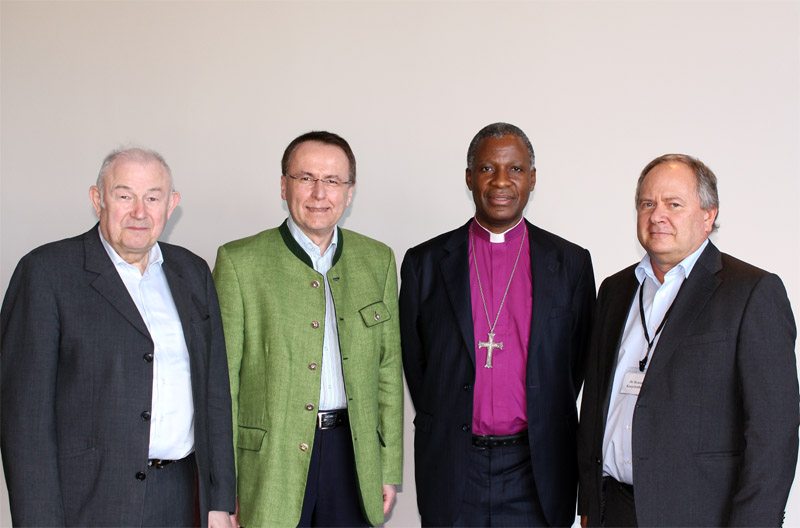 The uniqueness in this specific conference was the mixture of business, church and academics. The focus issue for 2014 is the danger of inequality and the dangers it holds for social stability. This is one of the big challenges of South Africa. Among other significant questions raised for reflection were: How will we create a just society where everyone has a right to participate? Are we able to change what the old slogan says, namely “the rich are getting richer and the poor are getting poorer”? Dr Koegelenberg expressed the hope that since business is also participating in this forum it will help with the co-operation between churches and business in South Africa to tackle the issue of inequality in a new way.

Rev Udo Hahn, President of Tutzing Academy, introduced the participants to the Tutzing Academy. He stressed that Tutzing is a place where dialogue between church and society takes place. The work of the Academy is based on tolerance and the Christian responsibility for freedom and liberty. Its main purpose was, and still is, to provide a place for open and free discussion. Rev Hahn mentioned that the Academy is committed to pave the way to a society that feels responsible and being a trusted and participating society.

For Dr Günther Beckstein, former Premier of Bavaria, it is vital that there should be economic growth, but that this wealth goes primarily to the underprivileged people in their country and in the world. He further expressed his satisfaction that the partnership between Bavaria and the Western Cape is functioning. He stressed that when taking care of poor people it is necessary to have good social welfare, to have enough jobs as well as fair labour conditions. For the future it is most important to educate young people to a high level. Only skilful people will have good living conditions in the stronger competition of the globalised world, Dr Beckstein said.

Dr Thabo Makgoba, the Anglican Archbishop of Cape Town clearly stated that inequality is a moral issue. Even though we are celebrating 20 years of democracy we are well aware of the inequality, the utter poverty and the excessive wealth that co-exist in our country. He expressed the hope that delegates, through dialogue, would ascertain tangible things that we could put on the table to address these moral, ethical and existential problems of the minority of God’s people.

The two-day conference was attended by business, media and church representatives in an attempt to ascertain the role of Government, business, religious and civil society networks in the fight for economic development, eradicating inequality and social stability.